Ki (カイ, Kai) is a major character from the Babylonian Castle Saga. She is the priestess from the kingdom of Babylim and a close friend of Gilgamesh. When the kingdom was taken over by the Sumer Empire and later by the demon Druaga, Gil was enslaved and got hurt during his tasks. Ki nursed him and wished to do something to help him and make the kingdom return to normal. Ishtar attended Ki's prayers and told her that she must return the Blue Crystal Rod, giving her a magic tiara to protect her during the quest.

Ki goes inside the Tower of Druaga to recover the rod and meets the holy dragon Quox, which helps her by showing shortcuts. After reaching the 60th floor of the tower, she discovers Druaga had split the Blue Crystal Rod into three rods, and Druaga captured her by transforming her into stone, rendering her powerless.

Gil manages to defeat Druaga and saves Ki, returning her to her original form.

Ki and Gil must find a way out of the tower. Ki can use the Blue Crystal Rod to cast different spells, and she can learn other spells during the game.

Ki travels with Gil to find a way to return the Blue Crystal Rod to Anu. In most endings Ki becomes the queen of Babylim.

Three years after Druaga's defeat, Ki and Gil would soon marry, but Ki is kidnapped by Skulld and sealed in the basement of the Dark Ruins from the Tower of Druaga. After Gil manages to free her, Ki and Skulld disappear.

Ki appeared in the story and can be summoned with a Creature Card.

Druaga Online: The Story of AonEdit

"Young Ki" is one of the four playable characters.

Eight years ago, Ki has been transformed into stone by Druaga, but with the help of Gilgamesh, she is successful in regaining the Blue Crystal Rod. Afterwards they only had to escape from the Tower of Druaga, but Ki was a little careless and became the victim of a Will-O-Wisp. In the verge of death, Ki was sent eight years ahead into a different world, Aon. In front of her eyes, there was a figure that should be defeated, the demon Druaga. Druaga trapped the "Young Ki" in his new castle, Gal Aon Adem. However, with someone's help she regained the Blue Crystal Rod, and shaking off Druaga she attempts to escape the demon castle. Who helped Ki was an eerie magician. Without knowing that he is an entourage of Druaga named Gate, Ki escaped with him to the holy land Ishtario.

In Ishtario, Ki met the giant Xeovalga and three children fighting a demon army, knowing that Princess Inana was trapped in the altar. She continued in the sacred land while defeating the demon army and helped Princess Inana. Gilgamesh appeared, but he was being controlled by a demon. With the help of Walküre, Ki is able to return Gilgamesh to his senses, but notices that he is different and that she was displaced eight years of her time. She is at a loss of how to return home, but Princess Inana suggests that her "Dimensional Mirror" may give her a clue, and she went to consult with the wise holy dragon Quox alongside Inana, Gil, Walküre, Xeovalga and the three kids.

Ki and Princess Inana headed to the cave that lived Quox, but in front of it, Succubus, a subordinate of Druaga, appears to take the fugitive Ki back, placing a barrier at the entrance of the cave. Princess Inana says that she needs an amulet to neutralize the barrier. Meanwhile, Ki fights against Succubus. With the magic power of the amulet and green rod, Princess Inana cancels the barrier to Quox's cave. Although the party managed to enter Quox's lair, the holy dragon attacked the intruders as soon as it saw them. Apparently it has been deranged by the demon's powerful miasma. Combat was inevitable in order to return its senses. In the end of the battle, Quox regained its sanity and says: "In order to fulfill what you desire, you need the legendary Rainbow Crystal Rod from the Aon royal family. However, the rod is also targeted by the demon army. The spirits of Goal Ruins should have it..."

Following Quox's advice, the heroes travel beyond the Marh Desert and reach the Goal Ruins, where they are welcomed by spirits: "The rod shall be given only to the ruler of Aon! No exceptions!" Being unable to reach their objective, the heroes have no choice but to fight against the ancient covenant spirits. In the end of the fierce battle, the spirits are subdued and they give the Indigo Rod. They explain that a long time ago, the Rainbow Rod was split into seven parts and hidden in different parts of Aon. The Indigo Rod was one of the parts, and the Green Rod with Inana was other. The heroes start searching for the other parts.

During their journey to return the seven rods into one, Ki and Inana travel through a large forest. Suddenly, Ishtar appears in front of them to guide them, leading them deeper into the forest. For their surprise, Ishtar congratulates them for their hard work and asks for the rods, revealing to be Succubus and attacking. After collecting the seven rods, the party return to the Holy Land Ishtario. However, the place somehow became a den of evil dragons. The ceremony to combine the seven rods into the Rainbow Rod could not be done with them in the way. Without a choice, the heroes proceed to fight the evil dragons.

Before returning to her original time, Ki vowed to defeat the demon Druaga and infiltrates the demon castle Gal Aon Adem. While advancing through Druaga's forces, she is confronted by Succubus, who ominously predicts that Ki will die if she returns to her original timeline. Ki gets anxious while thinking about it, but she continues fighting to defeat Druaga and reaches the castle's throne. To counter Druaga's demonic power, Princess Inana assists in the battle by using the Rainbow Crystal Rod to restrain his power. Even with most of his power sealed, Druaga is a fearsome foe, and the heroes are sent to different locations. Ki returns to her time, where she manages to overcome her fate. Young Ki manages to reach the first floor of the Tower of Druaga alongside Young Gil, where they face powerful foes: Succubus and several Akynd Knights. After leaving the tower she returns to help defeat Druaga in Aon. Reunited with the others, the heroes consult Quox again and return to Druaga's castle, where they defeat their rivals, Gate, and finally Druaga.

Appearances in other gamesEdit

Ki and Gil are playable characters in Namco × Capcom, where Ki uses her attacks from The Return of Ishtar.

In Tales of Destiny, Ki was captured by Druaga and the party must reach the 60th floor of the tower to save her.

Ki also has cameo appearances or references in many Namco games, such as Marvel Land, Klonoa Heroes: Densetsu no Star Medal, Mr. Driller: Drill Land, Keroro RPG: Kishi to Musha to Densetsu no Kaizoku, and some games from the Namco Museum series. In Soul Calibur II, Sophitia's 3rd costume is modeled after Ki.

In the anime Ki has a great-granddaughter named Kaaya that looks just like her. Ki was the wife of Gilgamesh, the legendary king of Uruk and slayer of Druaga. She died from grief shortly after the death of her son but returns as a sort of spirit advisor to Jil and his group, but her real purpose to free her husband from his immortal cage.

Ki in The Tower of Druaga. 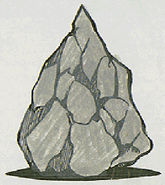 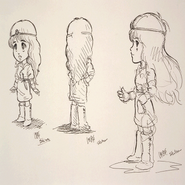 Concept artwork of Ki for The Tower of Druaga. 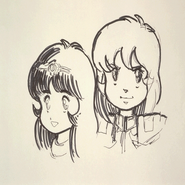 Concept artwork of Gil and Ki for The Tower of Druaga.

Ki in The Tower of Druaga (PC Engine version).

Ki in The Nightmare of Druaga: Fushigino Dungeon.

Young Ki in Druaga Online: The Story of Aon.

Ki from The Tower of Druaga: The Recovery of Babylim.

Ki in the anime. 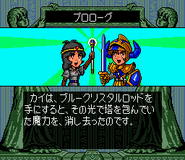 Ki and Gil in The Blue Crystal Rod.

Ki and Gil outside the Tower of Druaga in the manual for The Blue Crystal Rod. 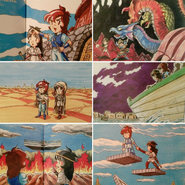 Various images of Ki and Gil in the manual for The Blue Crystal Rod.

Gil and Ki in the manual for The Blue Crystal Rod.

Ki from Sugoroku Adventure: The Tower of Druaga 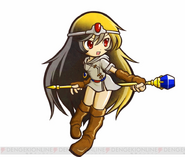 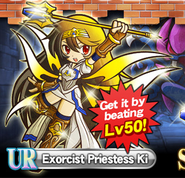 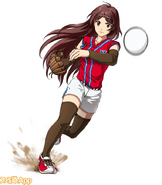 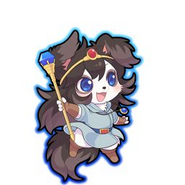 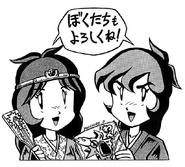 Promotional artwork of Gil and Ki.

Gil giving a flower to Ki.
Add a photo to this gallery
Retrieved from "https://towerofdruaga.fandom.com/wiki/Ki?oldid=5653"
Community content is available under CC-BY-SA unless otherwise noted.